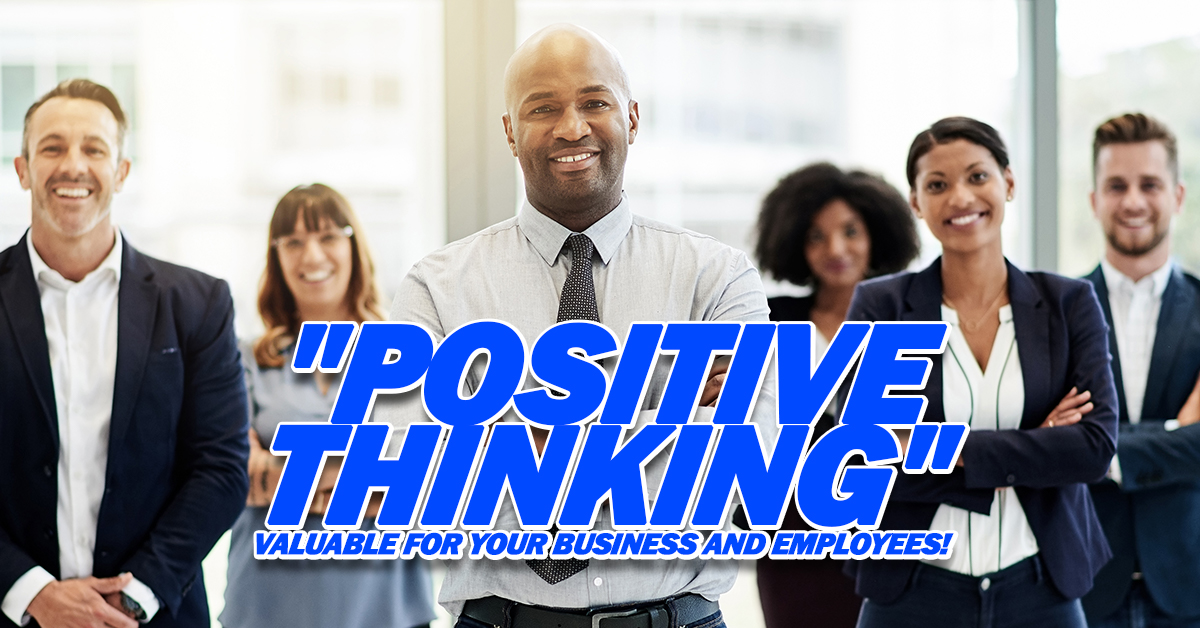 Ever since author/minister Norman Vincent Peale popularized the concept in his 1952 book “The Power of Positive Thinking”, much has been written and discussed about the concept. The book quickly went to the New York Times Best Seller List, staying there for over three consecutive years while selling over 5 million copies.

The premise of the book is fairly simple. You can reduce stress and improve your chances for success by reducing negative self-talk and having an overall more positive attitude.The concept of the book has been reborn in posters and calendars with positive messages and sayings.

Is positive thinking something that can be of value to your business and your employees?

Consider this. Two equally-skilled basketball players are standing at a free throw line on the opposite ends of a basketball court. They both have headphones, but one is receiving positive messages like “Up and in”, “Nothing but net” and “You are the best basketball player in the world”. The other is being flooded with messages like “Your arms are tired and heavy”, “The basketball is too big for the basket”, “You have no basketball skills”. Each player is given the opportunity to shoot 200 shots. Which one do you think will perform better? Even the most skeptical would have to agree the encouraging messages will likely have an positive impact. Even if it is a small percentage, it could be a positive edge. That could be an advantage in a competitive marketplace.

The other aspect to consider is that stress can be crowded out by positive thinking and a sense of gratefulness. It has been proven that stress can have negative impacts on our emotional and physical well-being.

The key is the sincerity in which positive thinking is displayed. If a person appears to be too much of a Pollyanna or simply ignores problems as if they don’t exist, the effects can be minimalized. If taking a positive attitude and can-do approach becomes a part of a person’s or company’s persona, it can have tangible value.

What is your personal self talk like? What is it like in your company? Maybe it can use a good dose of “We can do this.”

How to Handle Requests for Donations

Discovering More About The World Around Us

Nine Inexpensive Tips To Get Your Home Ready to Sell

Tools We Don’t Seem to Use In Business Anymore

Cities in the US With The Best Public Transportation Systems