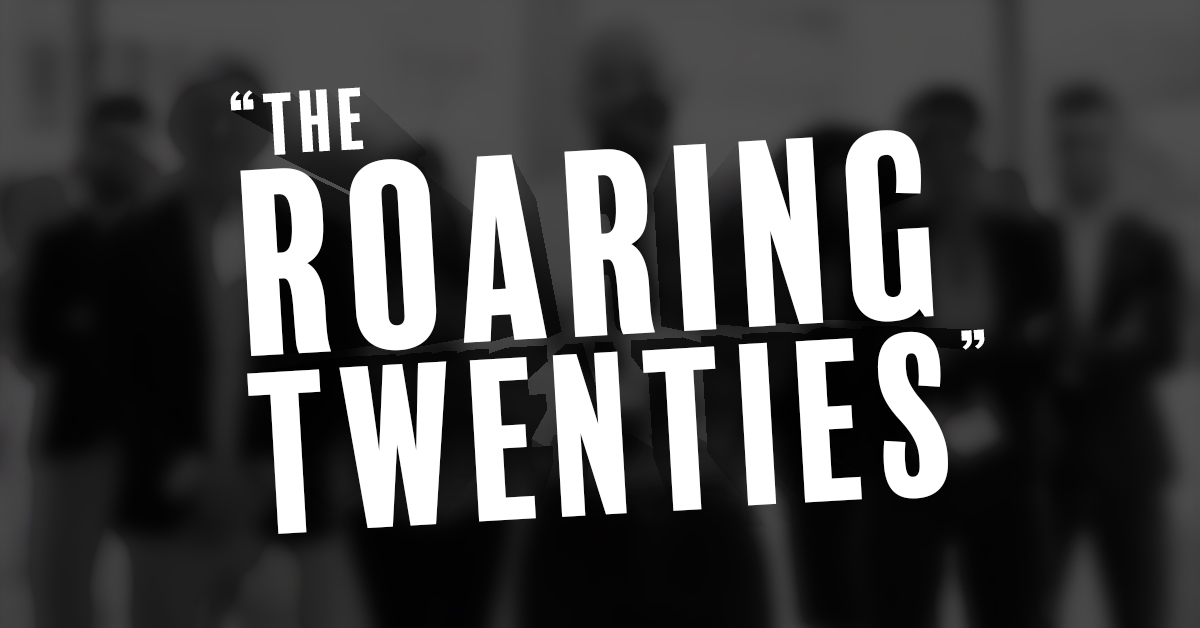 A hundred years ago we entered a decade that would come to be known as the Roarin’ 20’s. It was a decade of rowdy music, energetic dances and social and economic change that almost gave the country whiplash. You may remember flapper dances and Speakeasy’s as part of the decade but there was so much more about the Roarin’ 20’s you may not have known.

The decade started with women gaining the right to vote in the United States with the ratification of the 19th Amendment in August 1920. That November, two newspapermen, Warren G. Harding and James M. Cox, both from Ohio, ran against each other for U.S. President. While Harding won the election, Cox’s VP candidate, then just 37 years old, would go on to an illustrious political career. His name was Franklin Delano Roosevelt.

Women with short hair who listened to jazz and wore short (knee-length) skirts were called “flappers”. They ultimately would serve as poster-women of the decade. Many of these flappers were known for drinking more than their fair share of alcohol and a willingness to have a good time. It kind of changes who you thought Great-Grandma was, doesn’t it?

While the twenties are viewed by history as a wild, party era, at least legally, it was alcohol-free. Prohibition, banning the sale of alcohol, lasted in the United States from 1920-1933. This led to the creation of the Speakeasy; clandestine saloons where thirsty patrons could still buy a drink, although illegally. The decade also brought us gangsters and crime, frequently alcohol related.

Americans were still great adventurers in the 1920’s, with Charles Lindbergh flying the first solo nonstop transatlantic flight in 1927. While the flight was just over thirty-three and a half hours, he stayed awake for over 55 hours during the feat.

The decade would end with the start of the Great Depression in late 1929. This worldwide economic collapse would last at least another three and a half years, and its effects would last much longer. Yet we not only survived, but thrived.

The Roaring 20’s can serve as a reminder of where we’ve been and what we’ve gone through, both in good times and bad. Sometimes when we head forward, it helps to take a look back.

Things That Are Hard to Find at Hotels Anymore

Thoughts About Naming a New Business

Can Healthcare Be Interesting?