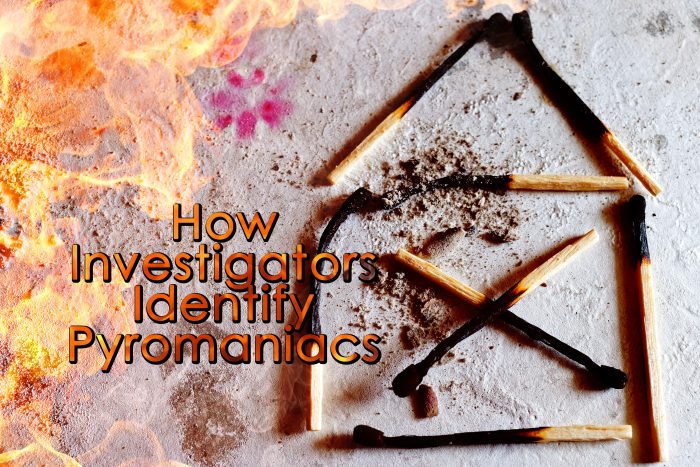 A fire is an intense force of Mother Nature that destroys everything in its path. It’s hot, and its color is a deep, angry orange that warns us to stay away. It’s also fascinating, looking into the fire as the flames dance and sparks fly. Some people may be just a little too fascinated with fire . . . To some people, the thrill of starting a fire drives them to do evil things. These people are called arsonists.

Though we can’t be positive about what goes on in the mind of an arsonist, psychologists have attempted studies to help get a better profile for arsonists. Psychology.com mentions that early fire-setting by children may lead to schizophrenia in adult years. Research suggests that arsonists could possibly be mentally ill. Pyromania is a disorder affecting impulse control that gives individuals the desire to light fires, which could also have something to do with why arsonists want to light fires. Arsonists could also want revenge on a situation, and their intentions are to harm others.

Regardless of why individuals choose to start fires, it happens. If there’s a possibility that a fire could have been intentionally set, there will be an inspection of the property to determine the cause of the fire.

Unfortunately, fires burn everything in their path–destroying some evidence that could assist with the investigation. When a fire is put out by emergency services, a foamy water mixture is poured onto the fire, which could also damage evidence. However, the fire department typically arrives before the fire has totally destroyed everything, giving fire investigators a chance to determine the cause of the fire.

Arson investigators must interview any witnesses to pick up on any details that could help solve the crime.

The first step is to find the origin of the fire. Often, firefighters will look for what’s called the “char pattern”, which is sharp, black lines that reveal what was burned. Following the char pattern can backtrack to where the fire originally started. Once the origin of the fire is detected, investigators search for any evidence that could have started the fire, like a match or a cigarette butt, possibly. Electrical problems are identified by looking at the outlet or the fuse box and studying the char patterns and whether the plastic melted.

If there is suspicion that the cause of the fire was arson, investigators will completely strip the floor to try to pick up any clues–stripping the floor could reveal any gasoline pours on the floor.

These cases are thoroughly investigated because of the frequency of arsonist fires.

What Would You Do? Awkward Driving Situations

A Kennel of Famous Dogs in Art and Entertainment

What Makes Your Business Unique?

The Missing Piece of the Puzzle (Life Insurance)

The New Race for Horsepower

Which States Have the Most…?

Preparing Your Business For Nasty Weather

Can We Sell You Some Term Life Insurance?