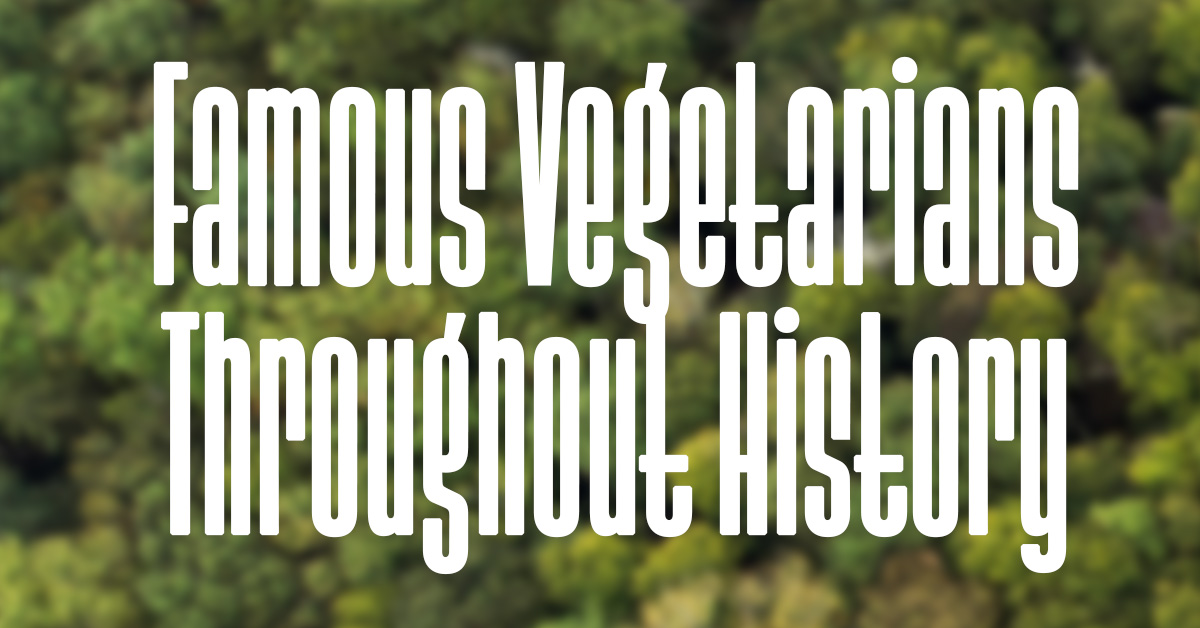 Fans may know that Cardi B., Miley Cyrus, and Carrie Underwood are all vegetarians. Today, there are more vegans and vegetarians than ever, including pop stars, athletes and film stars. What some may not realize, however, is that history has been dotted with famous people who chose a vegetarian lifestyle. Here is a look at some of the more noted vegans and vegetarians in history.

Dr. Kellogg is most famous for starting Kellogg cereals and inventing corn flakes. Even though he created corn flakes by accident, he had a huge interest in nutrition and frequently experimented with differing foods. As a vegetarian, his focus was on fruits, vegetables, nuts and grains.

Born in 1797, Mary Shelley became a novelist who gained fame as the author of Frankenstein. The horror classic is believed to be the first work of science fiction. Not only was Shelley a teenager when she wrote Frankenstein, she was a vegetarian as well. In the novel, the monster is told “My diet is not of man. I do not destroy the lamb and the kid to glut my appetite, acorns and berries afford me nourishment.”

Thomas Alva Edison was noted as the inventor of the light bulb, telephone transmitter, phonograph, movie camera and viewer, and more. He was an avid reader who devoured books but avoided eating meat.

The super genius became a firm believer in being a vegetarian although he didn’t embrace the lifestyle until late in life. He became such a believer in the lifestyle that he is quoted as saying “Nothing will benefit human health and increase the chances for survival of life on Earth as much as the evolution to a vegetarian diet.”

Becoming a vegetarian is easier than ever with more meatless options available than ever in both grocery stores and restaurants. Are you ready for a change? You have plenty of company if you are.

Becoming a vegetarian is a choice just like your insurance policies. Our independent agents can help determine if there are better options. Contact us for a no obligation life, auto, home or business insurance review and price quote today.

The Nuts and Bolts of Life Insurance

What to Check Before Buying Your Next Car

Should You Buy Renters Insurance Through Your Property Manager or Leasing Agent?

Why Some Partnerships Fail

What Your Car Knows About You

The Indelible Impact of “Happy Days”